Finger Jello, And The Scary Similarities Of Our Families.

Cheryl and I were just recollecting the similarities between our families.   We both grew up in Christian Families, ( Mine Lutheran,  Her's Christian Reformed.)   We both went to Parochial Schools. (That means:  "religious" schools for those who went to public school....) Both of our Moms had came from big families, and our Dads came from smaller ones.   And the Mothers' Families always lived close by where we would spend every Sunday with them....   Both of the Dads' Parents lived far away.   The list could go on and on, but you get the point on why I believe Cheryl and I were a good match.    But that is beside the point.

This blog posting is about Finger Jello! 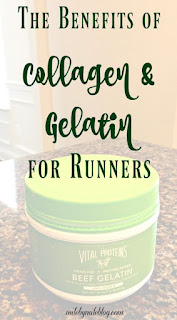 Finger Jello,   so much fun!   So tasty!   And recently,  we discovered that a few cubes of jello before or after a workout will help strengthen Tendons!   (Those hard to strengthen ligaments that attach to your bones.)   How great to have a dessert that is actually good for your training!   By the way,  Jello comes from Bones, in case you did not know.   And although it is not a miracle cure for tendinitis or carpal tunal, it will help prevent it with a daily regiment.    So... every day,  eat a little jello before working out. Sounds good to me.

This brought up a story where Cheryl said her family could not "afford" finger Jello because it was too expensive and complicated to make.   Ah! the stories Parents tell their children... And Kids actually believe it!   I have similar stories where my Dad said we could not go Putt Putt Golfing because it was too expensive.  At the time,  I thought it must have been about $30!  (1980's money!)   Only after I hit High school did I find out it was more like $3 bucks with $1.50 Tuesday specials!  Just how Poor Where We?

Not that Poor, I can assure you.   Though Dad was as Frugal as I am now,  we were never really destitute.   We had our needs met and even bought our share of  SMCTs. ( Stupid Middle Class Toys. )   I refer to the camper(s) that always broke down and were only used during hunting season.  But I digress.

If Kids were smart.. and having been one myself, I can testify that they are NOT!  They might ask probing questions to their folks. ( How expensive IS Jello, these days?  Just what do they put in it to make it cost so much?  Maybe we should look into dealing in Jello!....)       Of course,  I never would have done anything like that to my parents because nothing would send Mom over the  edge faster than to talk back or challenger her on anything.   (My Brother can attest to that!)

So If there are any parents out there that read this blog,  remember that your kid will grow up some day and tell folks about these little "stories" that you told us when we were young.   Oh, Sure!  They are entertaining stories we can tell at parties,  But think about the emotional scars you will cause to their psyche.   Think about the Children!!! 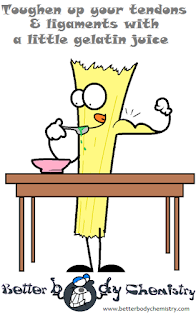 Ok,  We all know that it is not That big of a deal, and kids will grow up and do it to their own children eventually.... but you can stop the cycle of missed Putt Putt and Jello Blocks!  Just remember that your kids will grow up someday and confront you on it...   so be prepared to pull out that Alzheimer's card.  ( My Dad did... It didn't work though...  He started laughing.)
And make them some Finger Jello..  It's Fun,  Tasty!  And now has medicinal benifits for strong bones and ligaments.   What is so bad about that?  ( $1.50 for the Jello, $3 for the Knox Blox... And entire pan for under $5!)
Posted by The Great Ethan Allen at 5:38 PM

The Great Ethan Allen
Leaping through time, I have settled here In Wellman Iowa as my base of operation. What has happened before is in the past and can be found here in this blog in a mixed chronological order. Everything I have said is probably not true...or may be true from a certain prospective.